Gunnar Hökmark on the negotiations of the Banking Structure Regulation

If we don’t get new investments financed we will not get the jobs and the growth Europe is in need of. Instead we will dive into a new financial crisis caused by underinvestment, lack of growth and falling asset values. For me a stable financial sector means facilitating investments that we need, addressing the risks in the system and having stable credit institutions.

The big European universal banks are stable banks. They need to live up to new rules on capital requirements and on recovery and resolution. Stopping them from providing liquidity, market making and investment banking would undermine the whole idea of a Capital Markets union. It would mean less liquidity where it is needed, less market making where that is demanded and less investment. This would especially impact on the economies of the Member States dependent on European banks with their home in other Member States.

They would lose very much of the financial activities they are in the need of. As a way of developing a working capital union and supporting recovery and growth, this would mean three steps backwards.

·         The countries in the deepest problems would be the biggest losers.

·         The European financial institutions would be less active across European borders.

·         The banks that European economies are dependent on for financing investments would be forced to shrink their financing of investments.

This is why I have proposed another approach regarding Banking Structure Regulation, rather than to just separate functioning and stable credit institutions based on the simple criteria they are big and at the same time providing investments and liquidity to the markets. That would be counter-productive to the European recovery and contrary to the aims of a Capital Markets Union. My aim is to address the risks but  also to facilitate the financing of investments by the credit institutions we have.

I take note that there is a majority in favour of this approach in the ECON committee of European Parliament but regret that there doesn’t seem to be an opportunity for the broader majority I have strived for. I am concerned that some groups prefer separation of banks as a goal in itself rather than facilitating investments combined with addressing the risks in the system. That is a way that would not only endanger the stability of the system but also the stability of the economic recovery.

Ultimately I hope for broader support for a solution that combines investments, market making with the best of stable banks where we focus on reducing the risks instead of the structure of banks. I will work with an open mind and an open door to those who see the importance of Europe getting investments back on track. 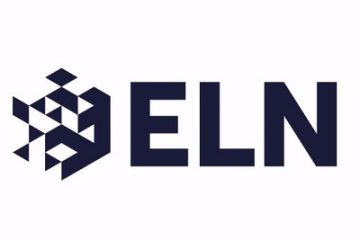