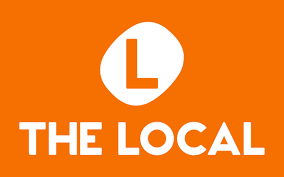 China’s verbal attacks on Swedish journalists, experts, opinion makers and human rights activists have been harsh, with wording and threats that do not belong in a democratic discourse.

In September 2019, journalist Kurdo Baksi was accused of ”insanity” by the Chinese embassy. In a spokesperson’s remarks, Baksi’s defence of publisher Gui Minhai was attacked with words such as ”insanity”, ”ignorance”, ”anti-China” and he was accused of not understanding democracy. The embassy’s goal was openly stated, to silence Baksi: ”We urge Baksi to immediately stop. We urge him not to live in a world of fantasy and self-delusion, and never underestimate the ability of Swedish people to discern right and wrong.”

The embassy has also emailed newspapers writing about issues that are sensitive for China, for example after the ”summer talk” on Swedish Radio by journalist Ola Wong, emails from the embassy described Mr Wong as an ”anti-China expert” .

Even the Christian Democratic party leader, Ebba Busch, has been lectured after a debate in Swedish parliament when she used the term ”Wuhan virus” in a reference to the coronavirus pandemic. In his letter, the ambassador Gui Congyou stated his objection to the use of the term ”Wuhan virus” and expressed his ”hope” that the political leader would ”express herself in a less discriminatory manner” in the future.

Ambassador Gui Congyou has maintained the same admonishing message in interviews. For example, in an interview for the Swedish TV station SVT, the ambassador stated that the newspaper Expressen needed not bother applying for visas to China unless it changed the theme of its reporting. ”Swedish journalists are welcome to visit China to monitor the country objectively, but they must renounce their prejudices and their preconceived agenda, and they must change their erroneous approach to reporting on China.” In the same interview, the ambassador attacked Karin Olsson, culture editor at Expressen, for ”having lost all sense of reason”.

These examples are not isolated cases, not in Swedish, nor in a global context.

CPC has the vision of China being the dominant power in the world, thereby replacing the US as a global leader – something the US today voluntarily abdicates from. Regionally, China is projecting its rising military force in Southeast Asia against its neighbours with the elimination of the treaty based on ”one country, two systems” in Hong Kong as an initial step. Increased military pressure against Taiwan, border tensions with India and maritime power projection in the South China sea gives evidence of Chinese regional strategy.

Globally, China is projecting all sorts of economic power in order to establish a world order by 2050 where Chinese rules and interests are at the forefront, to celebrate 100 years of communist rule of China.

Investments in strategic infrastructure and technologies are combined with industrial espionage, thefts of patents and cyber warfare. Being a closed totalitarian dictatorship, China has no problems using the freedom of open societies to enforce its rule and its ideas. All over the world Chinese embassies are speaking with the same tongue of the dictatorship, and Chinese people operating in Chinese companies abroad are seen as a resource for intelligence and sharp power.

If you don’t buy Huawei you can be threatened; if you do buy Huawei you are at risk of Chinese control of information in a way that has never before been possible. If you attack the persecution and violence against Uighurs you will be threatened; and if you criticise the dictatorship you will be attacked – in Europe as well as in Australia, New Zealand and Canada. These are threats to the free world and the ideas of human rights, freedom of speech and democracy.

In a report that Stockholm Free World Forum and its Center for Influence and Disinformation Analysis presents internationally, we highlight how the Chinese embassy in Sweden acts against those who are critical to the dictatorship. The same logic is applied elsewhere in the world. The freedom of expression is threatened by the tactic to scare critics into silence.

First and foremost, this entails repressing those voices that speak up for human rights in areas controlled by China, and which are therefore considered a threat to the power and ambitions of the CPC. To safeguard the monopoly of the party, outside critics must be silenced and the diaspora remain loyal to Beijing. These verbal attacks in Sweden are published on the embassy’s homepage: there are 67 posts since 2018, targeting human rights fighters, journalists, politicians, political refugees, media companies and the Swedish government and authorities.

Targets are slandered, mocked and ridiculed, and responsibility for the overall relationship with China is placed on them. In addition, there is frequent mailing from the embassy to politicians, journalists and others with the same message; and occasionally the ambassador follows suit during interviews. These verbal threats are combined with other psychological tools applied by an authoritarian state to make targets feel vulnerable.

The attacks are long-term in nature; the People’s Republic of China is prepared to accept setbacks and some loss of credibility in the short term in order to invest in the future effects it is striving to achieve by 2050. The horizon is thus thirty years in the future – not here and now, as is more typical in Western politics.

This does not mean we wait until 2050. We need to act now. Governments must disclose threats. Media must be transparent about all the threats and actions coming from the Chinese government, either embassies or from those parts of business life that are under communist control. It cannot be accepted that trade and investment is developed on the criteria of Western silence and self-censorship.

The nations of the free world together must draw the line for what cannot be accepted in free economies. Together, standing united, we are and will be much stronger than China. It is for obvious reasons that the European Union should take the lead in in this.

Chinese leaders of today must understand there are lines that should not be crossed, for the good of China’s future as well as the world. 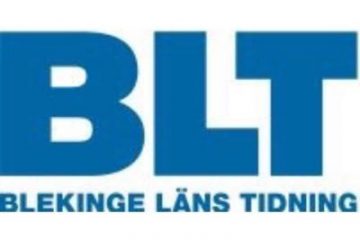